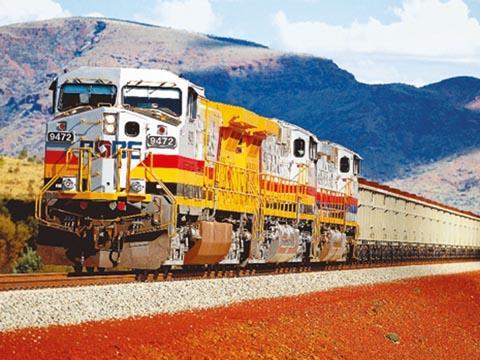 AUSTRALIA: Ansaldo STS announced on December 4 that it had been awarded a €103m contract to provide automation technology for the driverless operation of Rio Tinto's Hamersley and Robe River heavy haul railway in the Pilbara region of Western Australia.

The automation project will be completed by 2012, enabling Rio Tinto to increase the efficiency of its 1 300 km iron ore network, which carries around 320 trains a week.

Automatic operation is now well established in the metro sector, but the Pilbara project will be the first deployment on a heavy haul railway of this scale. Rio Tinto's trains are typically 2·4 km long, with a loaded weight of 30 000 tonnes and top speed of 75 km/h.

The contract with Ansaldo STS covers the third phase of the automation project which the companies have been working on. It covers upgrades to the existing wayside signalling and asset protection equipment, the design and installation of a wide-area data communications network, developing interface software for locomotive control systems, installing upgraded onboard equipment, and modifying the existing control centre.