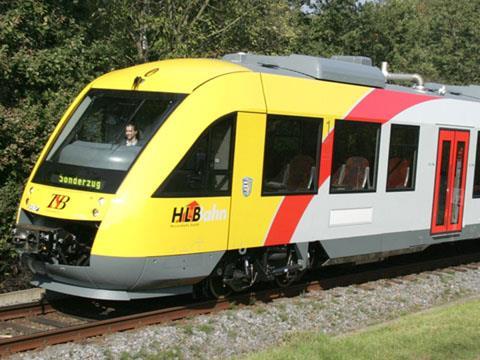 HLB ordered the units through Hannover Mobilien Leasing after being selected by the Rhein-Main transport authority to operate regional services between Limburg, Gießen, Fulda and Gersfeld for 12 years from December 2011.

The 60% low floor units will be delivered in time for the start of the operating contract. They will have a top speed of 120 km/h and be equipped with CCTV, air-conditioning, wheelchair ramps, an accessible toilet and 116 seats.

Alstom has sold more than 500 Coradia Lint units in Germany, the Netherlands and Denmark. The latest order means HLB will have more than 60 in its fleet.