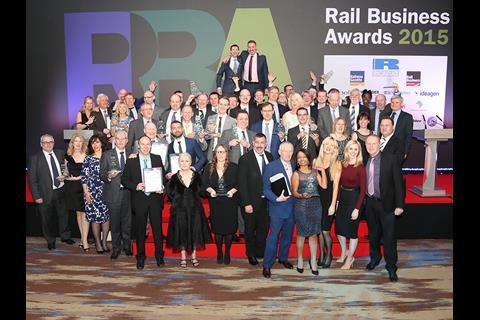 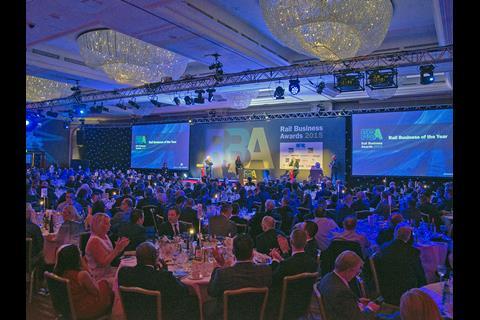 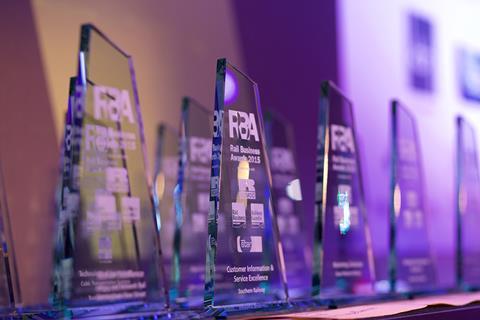 UK: The UK rail industry gathered at the London Hilton on Park Lane on February 25 for the 18th annual Rail Business Awards. Hosted by The Apprentice co-star Nick Hewer, the awards recognised the very best of the industry across 18 categories.

‘Over the past 18 years, the Rail Business Awards has become firmly established as the premier event recognising excellence and innovation in the UK rail sector’, said Chris Jackson. ‘I would like to congratulate all of this year’s winners and the other finalists, who are working so hard day-in, day-out to develop and deliver a strong and vibrant rail industry to support the wider UK economy.’

‘The support for the event was tremendous and the choice of compere was spot on’, said CrossCountry Trains Managing Director Andrew Cooper. ‘It was truly a pleasure joining you.’

Winners at the Rail Business Awards 2015