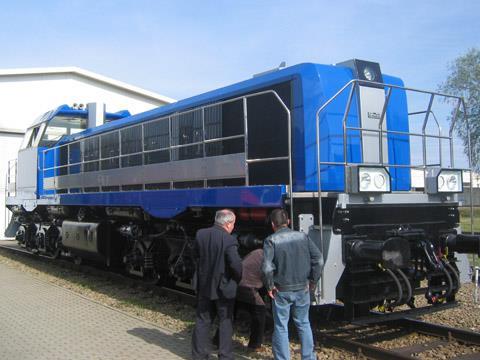 POLAND: Newag has unveiled a prototype Type 15D shunting locomotive based on a rebuilt Soviet-built TEM2, known as the SM48 in Poland.

The underframe, bogies and original traction motors have been retained, but a new generator and 1·5 MW Caterpillar engine fitted to give both more economical operation and improved performance. The bodywork and cab are also new.

The design of the TEM2's three-axle bogies means conversion from standard to 1 520 mm gauge only involves a relatively simply wheel change, and trials on the PKP LHS broad gauge line to from Silesia to Ukraine are planned.