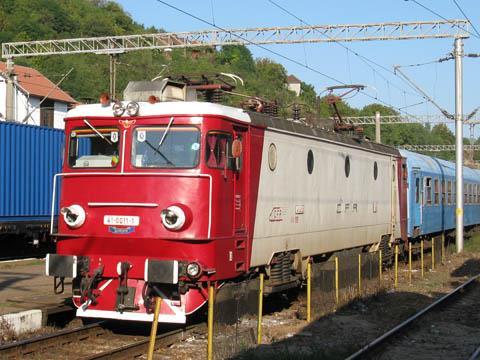 EBRD is providing Romanian infrastructure manager CFR with a €175m loan to enable short-term liabilities to be paid off, support corporate reforms and assist with developing a detailed restructuring plan.

French track renewals contractor Egénie is expecting to begin operations as an operateur ferroviaire de proximité or local freight operator early in 2013, via a sister company known as Agénia. Two Vossloh locomotives have been acquired and regular services are planned to Miramas near Marseille and Hourcade in Bordeaux.

Germany’s Niederbarnimer Eisenbahn has been selected to operate Netzes Ostbrandenburg passenger services for 10 years from the end of 2014.

The state-owned Israel National Roads Co, which is also responsible for the construction of new railways, has been renamed Netivei Israel National Transport Infrastructure Co.

Deloitte has been awarded a Rs34m contract to undertake a forensic audit of Pakistan Railways, to identify the causes of its financial problems.

Deutsche Bahn has selected a site in the Nippe area of Köln for a €200m depot which would maintain all ICE trainsets, including the future ICx fleet. Planning approval in 2014 would allow construction to go ahead ready for the depot to receive its first trainsets in early 2017.