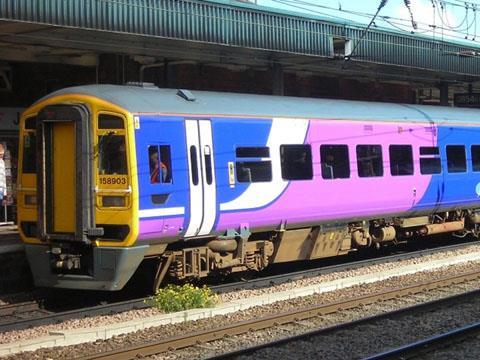 UK: Northern Rail announced on May 13 that it had exceed the performance targets necessary to trigger a two-year extension to its franchise to operate passenger services across the north of England.

Northern Rail is owned by a joint venture of Serco and Abellio, the subsidiary of Dutch national rail operator NS which bids for passenger transport contracts outside the Netherlands. Its franchise started in December 2004 and was due to run until September 2011, with the two-year extension to September 15 2013 subject to meeting targets for cancellations, delays and providing agreed capacity on peak services.

The Northern franchise was let on a 'steady-state' basis under which passenger numbers were forecast to remain static, but instead they have grown from 60 million to 85 million a year. 'We've worked hard to turn this franchise from the steady state it was predicted to be into the thriving railway that it is today', said Interim Managing Director Ian Bevan. 'As well as improving performance we've invested over £100m with our partners to provide more and newer trains and improve facilities at stations.'