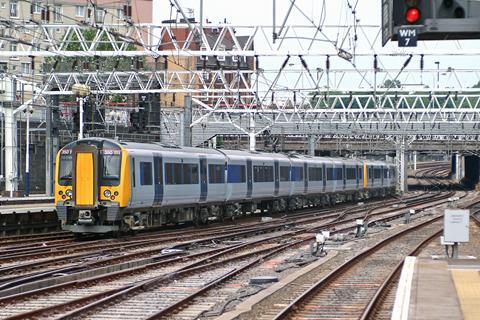 Linking Heathrow with St Pancras, Birmingham, Manchester and Leeds, the ambitious scheme would see trains replace around 66 000 short-haul flights, with work starting in 2015 and ‘full completion’ by 2027. Villiers said that ‘it will leave a lasting legacy for the future - and it will lay the foundations for a high-speed network that I believe will one day stretch across the country.’

Costed at £20bn, of which £4?4bn would come from the private sector, the project would see London - Birmingham journey times cut from 80 min now to just 45 min, with Manchester reached in 1 h 20 min and Leeds in 1 h 37 min.

The announcement was welcomed by Greengauge 21, a company set up to promote the case for high-speed rail in the UK. Greengauge 21 Director Jim Steer said that ‘high-speed rail is the key national transport investment needed for the century ahead. It will reduce carbon emissions, reduce oil dependency and provide a huge stimulus to regional economies.’ He added that ‘it is most welcome to see political leadership that recognises the need for serious long-term investment. With careful planning, [the network’s] benefits can extend beyond the regions where new lines would be built to ensure that northeast England, Scotland, Wales and the southwest also benefit from high-speed services.’