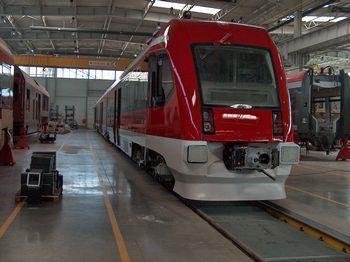 PESA is supplying Ukrainian Railways with a further four Type 620M DMUs, following on from four supplied along with a single type 610M inspection vehicle in 2004. The first two from the recent order have already arrived in Ukraine, with the use of gauge-changing wheelsets permitting delivery by rail. Talks are underway for the development of an EMU variant.