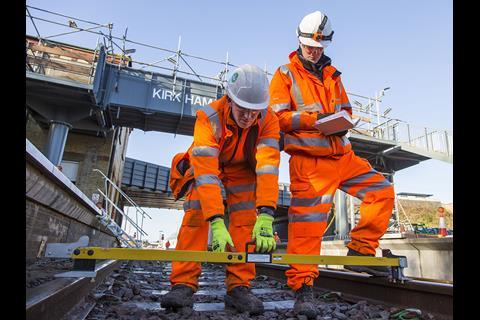 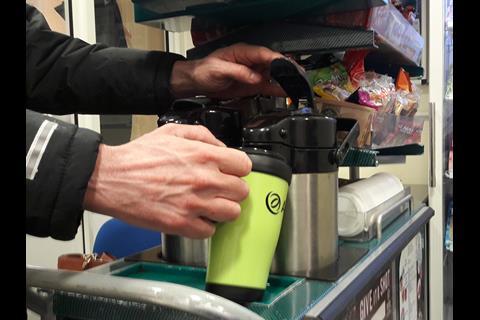 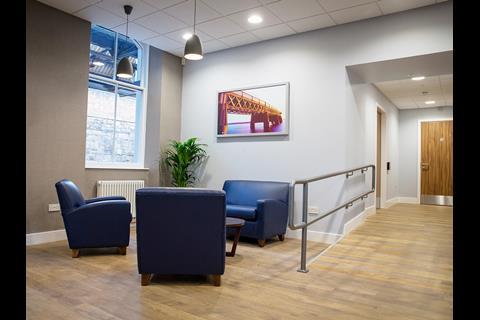 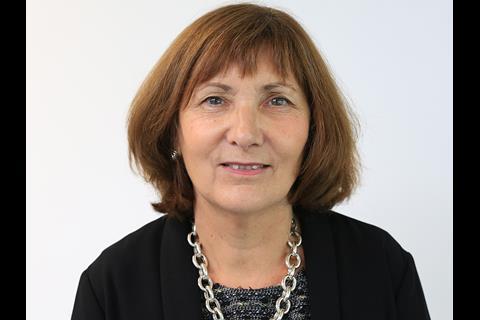 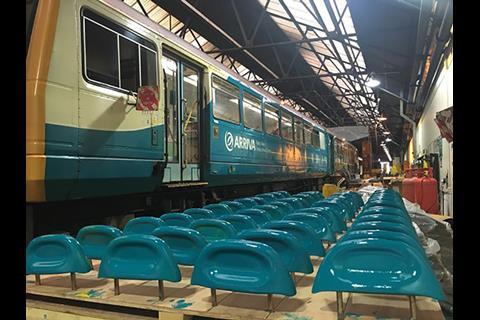 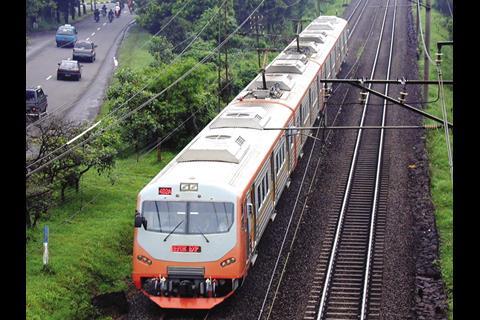 On January 30 the House of Commons voted 295 to 12 to approve the Second Reading of the High Speed Rail (West Midlands – Crewe) Bill, giving approval in principle to Phase 2A of the High Speed 2 project that would see the railway extended by 58 km from Fradley to Crewe. A hybrid bill committee of MPs will now scrutinise the local impact of the £3·5bn extension.

Translink has exercised an option for Balfour Beatty Rail to continue to provide non-destructive testing of rails on the network in Northern Ireland.

Network Rail is seeking the opportunity to review options for the replacement of its infrastructure monitoring vehicles with a more uniform fleet. The current mix of ex-coaching stock, DMUs and various forms of traction is used to record up to 18 data streams including track geometry, rail flaw, overhead line equipment (contact & non-contact) and plain line pattern recognition.

Following 'calls from customers and a health and safety review', Arriva Trains Wales will now serve hot drinks in a passenger’s own reusable cup, provided it has a secure lid. Until now, hot drinks were only served from disposable cups for safety and stock control reasons.

To avoid the cost of individual tenders, Merseyrail is seeking to establish three construction framework agreements for projects such booking office refurbishments, lift installations and station rebuilding works costing up £100 000, up to £1m and more than £1m.

Network Rail, East Midlands Trains and CrossCountry have launched a campaign and dby2018.co.uk website to inform passengers about major engineering works scheduled to take place at Derby from July 22 to October 7. The project includes remodelling 17 km of track, installing 79 turnouts, 55 signals, nine signal and cable gantries and 150 000 tonnes of ballast.

Arriva Trains Wales announced on January 26 that it had completed the refurbishment of 60 Class 142 and Class 143 Pacer DMU cars operating on the Valley Lines network serving Cardiff. The £500 000 programme included installation of wi-fi.

The line between Preston and Blackpool South reopened on January 29, following an 11-week closure during which VolkerRail, J Murphy & Sons and Siemens upgraded 11 km of track and installed new signalling controlled from Network Rail’s operating centre in Manchester. Work to upgrade and electrify the line to Blackpool North continues.

The Railway Industry Association and Rail Forum East Midlands have signed a memorandum of understanding to work together. This covers sharing of information on policy, technical matters, events and services, joint support for lobbying activity and at export events such as InnoTrans, and working together to ‘ensure a stronger, co-ordinated and consistent voice to government on key issues facing the rail supply chain’.

In a £1m refurbishment of Dundee station which was officially completed on January 31, the platform-level concourse flooring and lighting has been replaced, a new ceiling, modern glazing and automatic doors fitted, and the waiting room replaced with a 'lounge' offering a mix of seating types and space to work. There are new toilets with baby changing facilities, and an accessible toilet. A Caledonian Sleeper passenger lounge is to be added. Dundee City Council is constructing a new station building at street level which is due to be completed in late spring.

Transport Focus published its latest National Rail Passenger Survey on January 30, based on 27 819 passengers surveyed across Great Britain between September and November. This found 81% of passengers were satisfied with their journey (73% for commuters), satisfaction with punctuality was up to 74% (65%), value for money 47% (33%) and delay handling 38% (30%).

Former CEO and Managing Director of HS2 Ltd Alison Munro has been appointed Chair of the National College for High Speed Rail.

On January 26 Network Rail said around 300 of Carillion Construction Ltd's smaller rail suppliers would be paid arrears they are owed following a further agreement with the Official Receiver's special manager PwC. This covers the period from Christmas until January 15 when the company went into liquidation. It comes in addition to an earlier announcement that all suppliers would be paid for rail work undertaken from January 15 until further notice and that Carillion rail employees would be paid until at least mid-April.

Following the insolvency of Carillion, on January 30 Transport for London announced its intention to appoint Cleashar Contract Services to take over infrastructure maintenance on the East London Line from April 1. Carillion employees would transfer under TUPE regulations. In the interim, TfL is working with PwC to finalise an agreement which would enable Carillion to continue to fulfil the contract.

A part of the Periodic Review 2018 process, on January 25 ORR published its conclusions on the overall framework for regulating Network Rail. The scope includes regulating each of Network Rail's routes; encouraging closer working with operators; using route scorecards as a central part of the regulatory approach; making greater use of comparison between routes; and strengthening regulation of Network Rail's System Operator function.