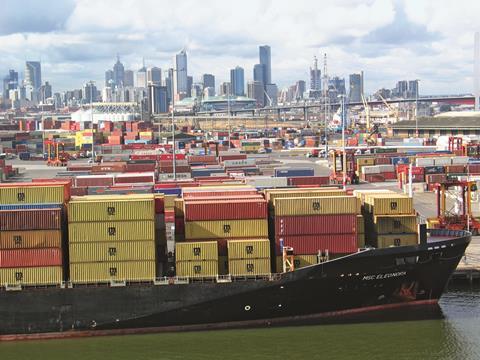 The port of Melbourne has chosen to proceed with its A$125m Port Rail Transformation Project, a package of operational and infrastructure enhancements intended to improve rail access to the port and reduce lorry movements.

Swiss intermodal operators Schweizerzug and RTSB have combined to launch a transit freight service linking Switzerland and China once a week. The trains serve terminals at Frenkendorf near Basel and Niederglatt in Zurich at the Swiss end, and Xi’an and Hefei in China. The transit time between Switzerland and China is approximately 15 days to Xi’an and 18 days to Hefei.

Martin Vozár was replaced as Chairman & CEO of Slovak state freight operator ZSSK Cargo on April 23. He was replaced on an interim basis by Roman Gono, pending the appointment of new CEO through a selection procedure.

Estonia’s Operail is to use French company CRX Software’s RailCube platform to digitalise data exchanged on paper and streamline its processes. Drivers, wagon inspectors, and maintenance workers will switch to using mobile devices. ‘We are probably the first railway company in the region to start to use a freight operations management system, which is widely used in Western Europe’, said Operail’s Innovation Manager Margus Õun. CRX Software CEO Nicolas Samson said expansion to the Baltic region ‘shows that the RailCube suite of applications is a global freight operations management system, able to be implemented in any organisation, in any jurisdiction’. 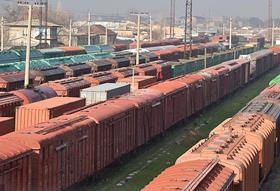 With the aim of supporting small and private-sector Uzbek exporters, Uzbekistan’s national railway UTY has launched a thrice-weekly accelerated freight service to Afghanistan. This ‘high speed’ service reduces the normal transit time from Toshkent to Hairatan from 5-6 days to two. The first of the ‘high speed’ freight trains left Toshkent on April 16 with 14 wagons, and an additional 36 wagons were attached along the route. As of April 24, four trains had been operated, moving a total of 218 wagons. 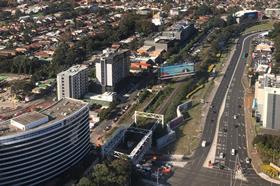 Infrastructure Australia has added the Port Botany Rail Line Duplication and Cabramatta Passing Loop schemes in Sydney to its national Infrastructure Priority List. The national government had announced funding in May 2018 to double-track the remaining 2∙9 km of single line on the freight branch between Mascot and the port, and to build the Cabramatta loop on the Southern Sydney Freight Line.