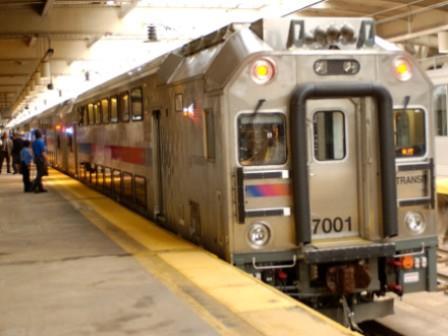 USA: An order for 100 additional double-deck commuter cars, valued at up to $293·5m, and 10 dual-mode locomotives costing $78·8m, was approved on July 15 by New Jersey Transit, exercising options on existing orders with Bombardier. The decision came after the board passed a $1·8bn operating budget and $1·35bn capital programme for fiscal year 2011.

According to a statement released by NJT, the FY2011 capital budget targets the ‘most critical infrastructure and state-of-good repair needs and supports an ongoing fleet modernisation programme’. The new push-pull cars will replace life-expired equipment while increasing seating capacity. The electro-diesel locos will be identical to the base order of 26 authorised in July 2008, which is now in the design phase; the first is scheduled for delivery next year.

The FY2011 operating budget is just 0·5% above last year’s, the lowest growth rate in NJT’s history and reflects a levelling-off in financial assistance from the state of New Jersey. The agency at one time faced a $300m budget deficit, due in part to lower fares revenue, but the gap was closed through internal efficiencies, fare increases and service reductions.

The capital programme includes $296m for expansion projects including the trans-Hudson tunnel, the Portal Bridge project and the Hudson-Bergen Light Rail extension to 8th Street in Bayonne. Among the planned expenditures are $37·3m for track and sleeper replacement and for bridge inspections and replacement; $11m for electric traction and signalling improvements; and $84·9m for maintenance of the light rail and bus networks.