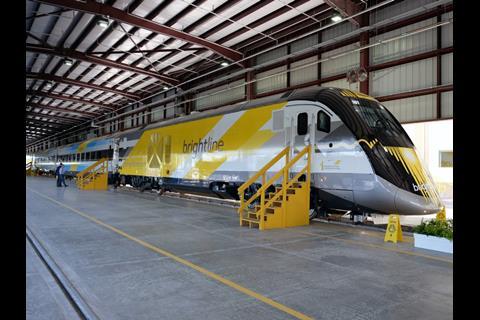 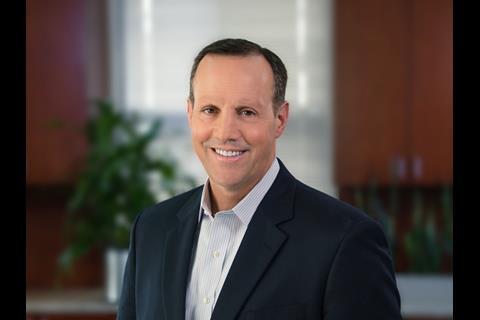 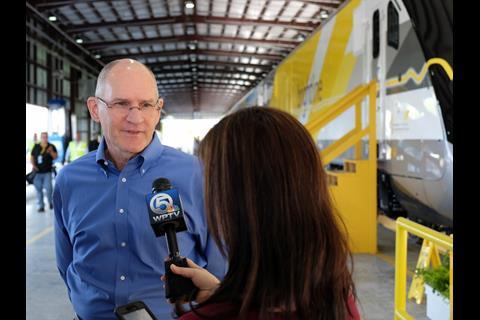 USA: Inter-city passenger promoter All Aboard Florida is expanding its horizon to focus on other potential markets across the country.

The company announced on March 8 that Dave Howard, ‘a veteran executive from the sports and entertainment industry’, was joining the leadership team as Chief Executive Officer for the Brightline project, while Patrick Goddard had been promoted to Chief Operating Officer. Former CEO Michael Reininger is moving to parent company Florida East Coast Industries as Executive Director with a remit to ‘lead new development and growth opportunities’.

With the first of five Siemens-built trainsets already test running from the operator’s new servicing facility at West Palm Beach and a second dispatched from its Sacramento birthplace at the end of February, Brightline is gearing up to launch passenger services between Miami, Fort Lauderdale and West Palm Beach in mid-year. Meanwhile, the related property development projects are taking shape around the three stations.

Speaking exclusively to Railway Gazette, Howard said Brightline was ‘a private passenger railroad express that solves a significant issue’, adding that ‘I see this extraordinary plan coming to reality.’ Emphasising that ‘this needs to be operated with a hospitality mindset’, Howard said he was able to bring a range of experience from the sports and entertainment sector.

Explaining that it was ‘great to bring in an executive to run the day-to-day business’, Reininger confirmed that he was now focusing on the second phase of the Brightline project. ‘Station construction in Orlando is proceeding very well’, he reported, adding that the authorisation process for the new route from there to meet the FEC main line at Cocoa was in its final stages. ‘Once we get started on right-of-way construction, the Orlando line will be done in 2½ years.’

FECI was already looking at extend the Brightline service north from Cocoa to Jacksonville and west from Orlando to Tampa. But Reininger said ‘we’re going to look beyond’, to find other potential inter-city corridors in which to replicate the rail-plus-property model. ‘Florida is not the only area where there are overcrowded roads and interstates’, he pointed out. ‘We are fulfilling our vision here in Florida, but we are not exclusively bound by the state borders. We have a belief that major cities that are 500 to 600 km apart set themselves up as prime candidates for express passenger rail, and can be made to work. We want to apply that throughout the USA.’