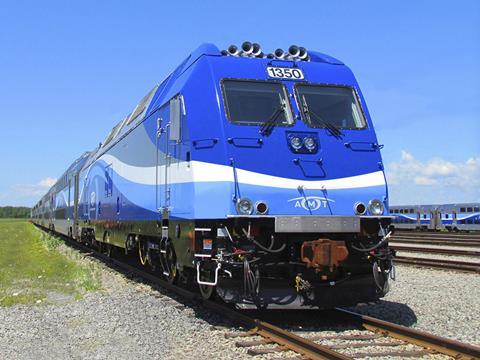 CANADA: CRRC Tangshan has been awarded a contract to supply 24 double-deck hauled coaches to operate on commuter services serving Montréal.

The coaches are to be deployed on the Deux-Montagnes line, ahead of the opening of the Réseau Électrique Métropolitain light metro. The coaches are also expected to replace some of the vehicles operating on the Candiac Line from 2020.

The contract was awarded by the Agence Métropolitaine de Transport, which from June 1 has become part of newly created transport agency Réseau de Transport Métropolitain. Responsible for operating bus and commuter rail services in Greater Montréal, RTM also includes the former transport authorities for the North and South Shores.