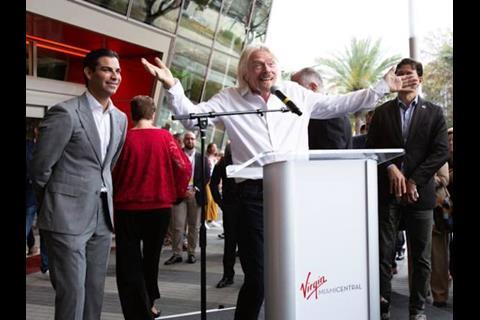 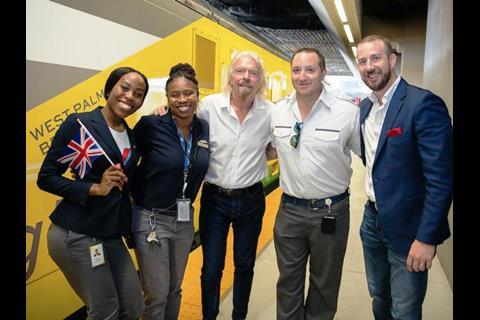 USA: Virgin Trains USA was granted approval by the Florida Development Finance Corp on April 5 to raise a further $950m in Private Activity Bond sales to fund the second phase of the inter-city passenger project formerly branded as Brightline.

The announcement followed an initial sale of $1·75bn in tax-exempt bonds through FDFC on April 1, the deal having been increased from $1·5bn because of strong demand. Virgin Trains USA had been expecting to raise more than $520m to fund its expansion through an IPO earlier this year, but the flotation was cancelled shortly after its launch in favour of private bond sales. Thanking FDFC for its assistance, spokesman Ben Porritt said ‘Virgin Trains will be a transformative project that will help Florida stay economically competitive while bringing thousands of jobs and tremendous economic impact to the state.’

The private finance is intended to fund the 275 km Phase 2 between West Palm Beach and Orlando. This includes upgrading of the existing Florida East Coast Railway from West Palm Beach to Cocoa and construction of a 200 km/h alignment from there to the newly-built station at Orlando Airport, paralleling State Road 528. Phase 2 is expected to be completed by 2021-22 at an estimated cost of $2bn. End-to-end journey time from Miami to Orlando, including the initial operating segment on the FEC route between Miami, Fort Lauderdale and West Palm Beach, is expected to be around 3 h.

The company is now pursuing plans to continue the route westwards for a further 151 km from Orlando to Tampa via Lakeland. Virgin Trains USA was last year given the right to make use of a state-owned alignment along the Interstate 4 corridor originally reserved for an aborted high speed line. It is also looking at the development of inter-city passenger operations between Las Vegas and Southern California, having acquired the XpressWest project last year.

On April 4, Virgin Group founder Sir Richard Branson and Brightline President Patrick Goddard participated in an event at MiamiCentral to mark the opening of a new Virgin hub at the station and the official rebranding of Brightline as Virgin Trains USA.

Initially created as the All Aboard Florida subsidiary of Florida East Coast Industries, which was itself owned by Fortress Investment, the passenger rail business was later branded as Brightline. Fortress subsequently sold the FEC freight operations to Grupo México. With Virgin Rail Group taking a minority stake in the consortium alongside Fortress, it was announced in late 2018 that Brightline would be rebranded as Virgin Trains USA.

Ridership on the initial Brightline service between Miami and West Palm Beach is believed to be considerably less than the 1 million passenger journeys/year originally projected. The Orlando extension would provide a direct rail route from Florida’s east coast resorts to the Walt Disney, Sea World, and Universal theme parks, as well as the Kennedy Space Center.