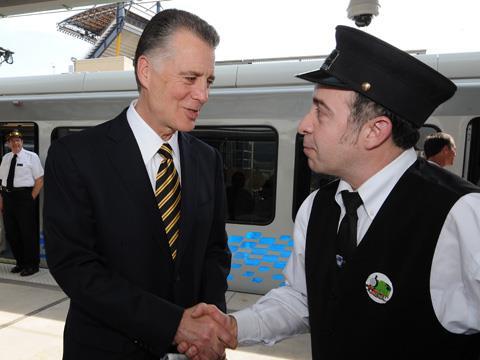 The Connector runs through a twin-bore tunnel under the Allegheny River to link the city centre with the North Shore area, a developing business location and home to leisure attractions including baseball and American football stadia. There is a new underground Gateway station in the city centre, with the underground North Side and elevated Allegheny stations across the river.

The $523m TPlus project to build the Connector was funded through federal and state grants. Travel is free under a three-year sponsorship deal with the Pittsburgh Steelers, Rivers Casino, ALCO Parking Corp and Stadium Authority of the City of Pittsburgh.