Not just the budget

The Indian government’s plan to abolish the annual railway budget is a welcome move which could facilitate more wide-ranging reforms, suggests Raghu Dayal. 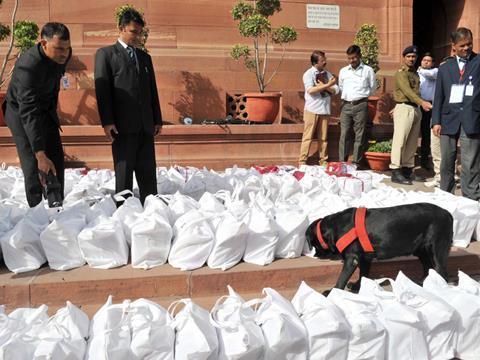 Reformers have been campaigning for many years for the scrapping of India’s separate railway budget, and at long last the idea has been accepted by the Modi government. A formal proposal to merge it into the general budget has been issued by the Niti Aayog (the National Association for Transforming India, as successor to the former Planning Commission) and referred to the Finance Ministry, having been endorsed by Minister of Railways Suresh Prabhu. The first combined budget could be presented next January.

Railway finances were separated from the general budget in 1924, after the Ackworth Committee recommended in 1921 that the railways should ‘assume responsibilities for earning and expending their own income’. The expanding rail network was the backbone of India’s economy, and it was felt that this should be insulated from general budgetary constraints. At the time, railway revenues accounted for almost a third of total government turnover.

After more than 90 years of huge economic and societal change, IR’s annual expenditure is today a small fraction of the national budget. Its revenues accrue to the Consolidated Fund, from which grants are provided on the approval of Parliament. Several state-owned and private companies now have a larger turnover than IR. At a time when the government is sweeping away many other shibboleths, a separate railway budget is clearly an anachronism.

The current model blurs the line between policy-making and implementation, and nowhere more than in tariff policy. The convention of seeking Parliament approval for tariff changes has been a key factor behind the current irrational rate structure and cross-subsidy of passenger losses, to the detriment of the economy as much as the railways’ own financial health.

Ministers could have used their annual budget statement to promote a greater understanding of how railways can be an enabler of economic development, informing parliament about global transport trends, and the role of rail in tackling environment, safety or land use issues. Instead, the budget all too often became a catalogue of micromanagement initiatives as successive ministers sought popularity by supporting projects that would benefit their constituencies, whether remunerative or not.

However, it is not just the budget that needs to be questioned but also the justification for a separate railway ministry. The global transition towards integrated logistics and seamless supply chain underlines the imperative of intermodal co-ordination and complementarity, suggesting that rail, shipping, roads and aviation should be grouped under a single ministry, as was briefly trialled 30 years ago. That is how most countries now administer their transport sectors.

Coupled to other reforms currently being discussed, the abolition of the railway budget should be part of a process to split up the railways’ political, regulatory and management functions. Parliament and the transport ministry should set the broad objectives, leaving a more business-focused railway with a professional management team to operate the network under the oversight of an independent regulator to protect the wider public interest. As the adage goes, the old order must yield its place to the new.

Read more about proposals for reforming Indian Railways in the October 2015 issue of Railway Gazette International, available to subscribers in our digital archive.