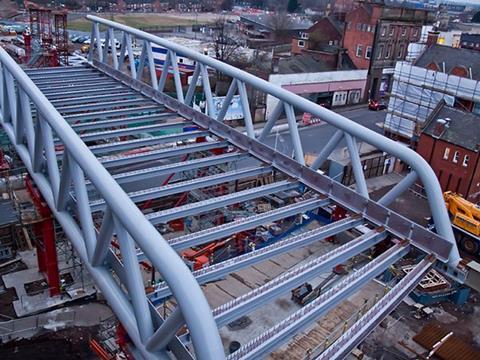 UK: The first section of the bridge to carry Phase 2 of the Nottingham light rail network over the city’s main station was slid into place during March.

To be known as the Karlsruhe Friendship Bridge, the steel structure is 104 m long, 14·5 m wide and weighs 1100 tonnes.

The bridge is being built in two stages, and sliding the first into position has freed up space for assembly of the second section; this is due to be installed later this year.