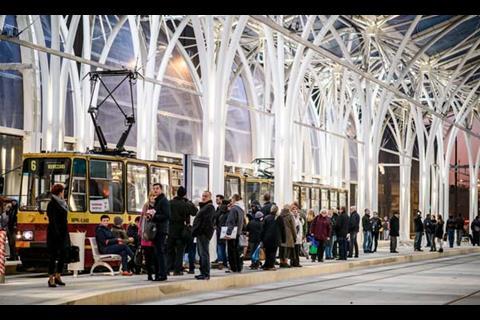 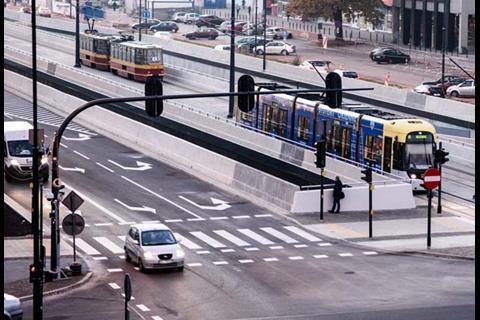 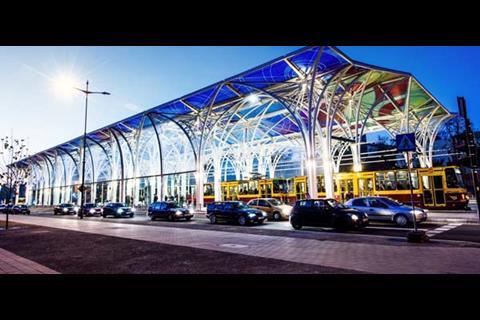 POLAND: A extended and modernised Route 10 of the Łódź tram network was inaugurated on October 31. The first tram on the new route ran at 04.44; it was a Bombardier CityRunner, as the Pesa Swing trams ordered for the main east-west axis will only be delivered in December.

The 4·5 km extension with eight stops runs east from Lermontowa to Olechów, serving a district with more than 20 000 inhabitants. Two bridges have been built along ul Rokicińska to enable easier pedestrian access to a tram stop in the road median.

The remaining 12 route-km of Route 10 has been modernised in stages over the past 15 years. Most recently, the 6 km section from ul Kilińskiego to ul Augustów was rebuilt by Mosty Infrastruktura under a 239m złoty contract awarded in 2014.

Further changes have taken place in the city centre where the east-west route meets the main north-south route, which was itself modernised between Helenówek and Chocianowice under an earlier 281m złoty project. Mickiewicza and Kościuszki stops have been rebuilt as one stop called Piotrkowska Centrum. Furthermore, the junction between the east-west route along Al Piłsudskiego and the north-south route on Al Kosciuszki has been remodelled, allowing north-south services to be diverted to the shared four-platform stop and then routed along ul Piotrkowska to rejoin the current route near ul Żwirki.