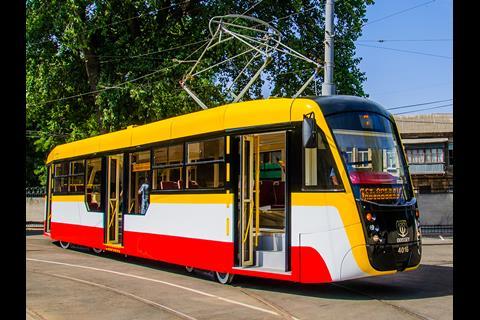 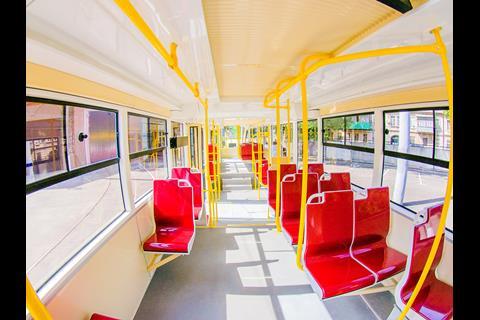 It is the 17th in a series of trams with bodies designed by Pragoimex and produced by Polytechnoservis to be assembled locally since 2015.

MDC from Dnipro has revised the layout and produced a more streamlined styling. The 6·6m hryvnyas tram has 26 seats and a total capacity of 145 passengers, with a wheelchair access ramp in the low-floor area. Changes from previous models include LED lighting.

The city of Odesa plans to use EBRD funding to support the acquisition of up to 100 trams in 2019-20. These would replace outdated vehicles, and support the upgrading of the north – south route linking the Tairov residential area, the city centre and Posyolok Kotovskogo to provide higher average speeds.