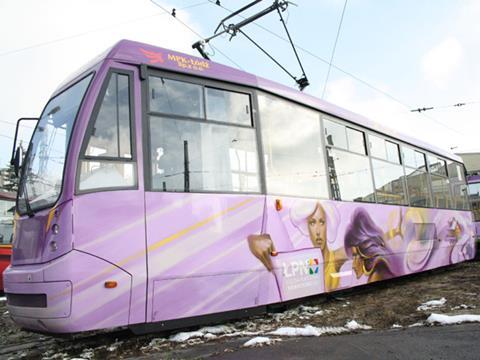 The route from Retkinia in the west of the city to Widzew in the east is to undergo a complete modernisation, and will be extended 4 km east to Olechów.

The project includes rebuilding the junction between the east - west route along Al Piłsudskiego and the north - south route on Al Kosciuszki. A section of double track on Piłsudskiego is to be increased to four tracks and four platforms provided, which will enable north - south services to be diverted to a shared stop and then routed along ul Piotrkowska to rejoin the current route near ul Zwirki. Space for the tram lines will be created by building an underpass for road traffic.

The project is to be co-funded from EU sources, which require completion by 2015.