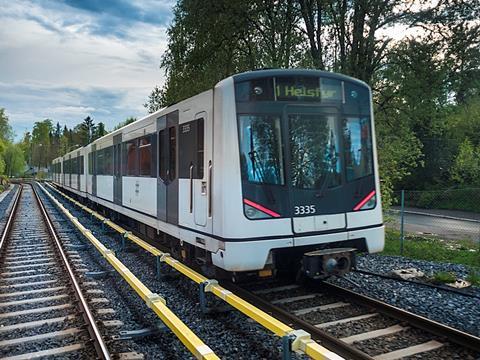 NORWAY: Oslo transport operator Sporveien has decided to use a public mobile telecoms network to support its new metro signalling and train control system, entering into an agreement for Telia to provide the wireless communications backbone.

Sporveien had already decided to install CBTC to replace the existing signalling on its six-line metro network, saying it would offer increased capacity, reduced headways and better traffic management. The NKr5·4bn project is due to be completed by the end of 2027.

Unlike other cities which use dedicated wi-fi or radio communications to transmit data to and from the trains, Oslo believes that piggybacking on an existing mobile network will be ‘more future-oriented, more reliable and lower cost’.

The agreement with Telia announced on June 19 is the biggest commmunications element in the CBTC project, valued at approximately NKr100m over the life of the signalling system. Use of a public mobile network is expected to generate savings of between NKr100m and NKr200m. 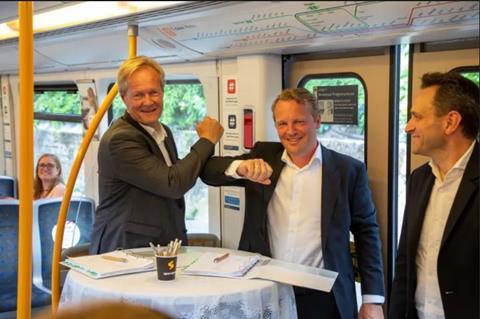 The contract includes strict availability and service level requirements, with Telia to ensure that there is always full mobile coverage across the entire metro and that signalling data transfers are prioritised, even when there is a high level of other traffic on the network.

‘The level of mobile network coverage in Norway is world-class, and its mobile networks are characterised by their advanced services, good coverage and high level of stability’, said Sporveien CEO Cato Hellesjø. ‘By controlling our new signalling over an existing mobile network, we will be using a tried-and-tested technology in a smart way. Norway’s mobile networks have already been built and the cost is shared among numerous customers. Sporveien will benefit from technical and commercial developments in the mobile market.’

Telia’s Chief Commercial Officer for the business market, Jon Christian Hillestad, said the contract ‘represents an innovative approach that will deliver a reliable, scalable and future-proof service in a cost-effective manner. Our platform will contribute to the signalling system’s reliability, enabling greater capacity and security and reducing the risk of faults.’