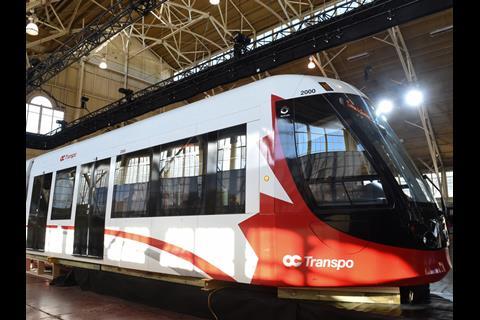 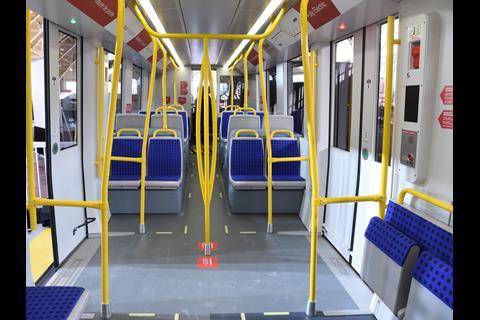 CANADA: A full-sized mock-up of the 34 Alstom Citadis Spirit light rail vehicles ordered for the Confederation Line project in Ottawa is on public display at the Aberdeen Pavilion at Lansdowne Park between January 30 and the end of March.

Confederation Line design, build, finance and maintain consortium Rideau Transit Group was the first customer for the Citadis Spirit, a 100% low-floor LRV based on Alstom’s Citadis range of trams but customised for the North American market. It is designed to operate in severe climatic conditions, has a maximum speed of 100 km/h and can operate on 750 V or 1·5 kV power supplies. The vehicles for Ottawa will be fitted with panoramic windows and winterised air-conditioning.

Opening of the line is planned for early 2018. ‘Construction on the Confederation Line is proceeding on time and on budget and now, with this display, we don’t have to wait until 2018 to see the future of transit in Ottawa,’ said Mayor Jim Watson at the unveiling of the mock-up. ‘A future so close, we can reach out and touch it.’

The 12·5 km Confederation Line with 13 stops will include a 2·5 km underground section, and is intended to form the first stage of a city-wide network.