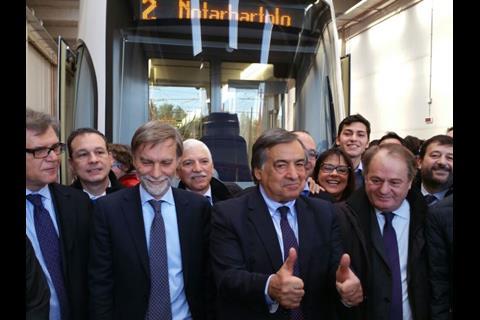 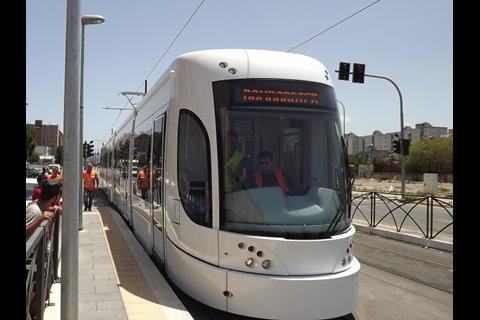 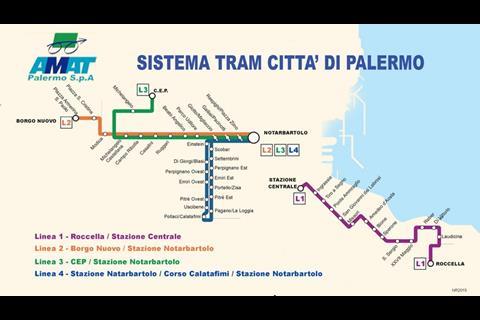 The standard gauge network is made up of two unconnected sections totalling 17·8 km and operated as four routes. The isolated Route 1 links the main line stations of Palermo Centrale and Roccella on a 5·5 km northwest-southeast alignment. Eight trams are in service on the 15-stop line, running at average headways of 5 min. The depot is at the southern end. Test running on the section between Roccella and San Giovanni dei Lebbrosi started on July 14 2014.

The other three routes share tracks on a four-stop east-west section between Notarbartollo main line station and Giotto/Migliaccio. Route 2 continues to Borgo Nuovo with a further nine stops to give a total route length of 4·8 km. A two-stop branch north from Michelangelo Castellana to C.E.P. forms the western end of Route 3. Route 4 runs in a one-way loop south from Giotto/Migliaccio to Pollaci/Calatafimi. Routes 2, 3 and 4 are each operated with three trams, giving 10 min headways on each route.

Construction of the tram network started in 2007 and cost €322m. The city provided €87m, with the remainder from the central government and EU funds. The network was built by a consortium led by SIS and including Bombardier, EDS and Mosco under a turnkey contract awarded in 2006.

Services are operated by Palermo transport authority AMAT using a fleet of 17 five-section Bombardier Flexity Outlook trams. The 100% low-floor bidirectional air-conditioned vehicles are 32 m long and 2 400 mm wide with capacity for 188 passengers, including 56 seated. The fleet was built in Wien, with electrical equipment supplied from Mannheim and bogies from Siegen. They draw power at 750 V DC. Bombardier is also providing four years of fleet maintenance, as well as its Cityflo 150 traffic management system.