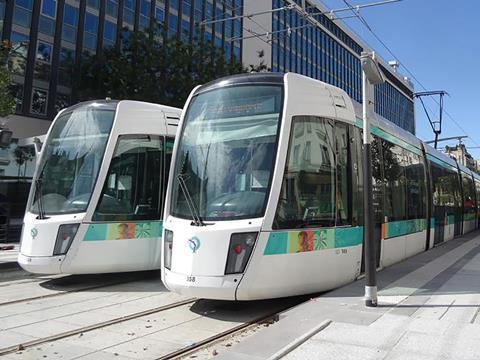 The extension is intended to serve urban development projects in northern and northwestern Paris, and ridership is predicted to be 89 000 passengers/day.

Construction of the extension began in April 2014, with the €211m cost being met by the city (60%), national government (12%) and Île-de-France regional (28%). Île-de-France Mobilités also financed a €48m order for a further 14 Alstom Citadis trams to expand the fleet used on the orbital lines T3a and T3b which together now total 26·2 km with 51 stops.

A further 3·2 km extension from Porte d’Asnières to Porte Dauphine with seven stops is scheduled to open in 2023. However, the proposal for a further continuation from Porte Dauphine to meet the start of Line T3a at Pont du Garigliano and thereby form a complete circle around Paris have been put on hold.