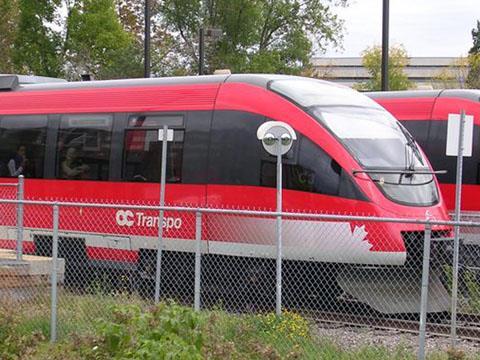 The 8 km line currently carries around 12 000 daily riders, double the initial target when the service was launched in 2001, and some stations are at capacity during the peaks.

The train order is part of a C$59m programme to increase capacity from 1 100 to 2 000 passengers/h/direction. Two passing loops and signalling upgrades will enable headways to be cut from 15 min to 8 min.

The Alstom DMUs are scheduled for delivery in May 2013, and will offer greater fuel efficiency and lower emissions than the current fleet of three Bombardier Talent DMUs, which could be sold. 'This contract represents for Alstom the first introduction in North America of a vehicle designed to European standards', said Guillaume Mehlman, President of Alstom Transportation in North America when the order was announced on September 16.