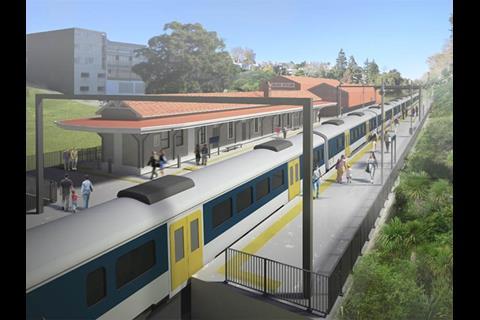 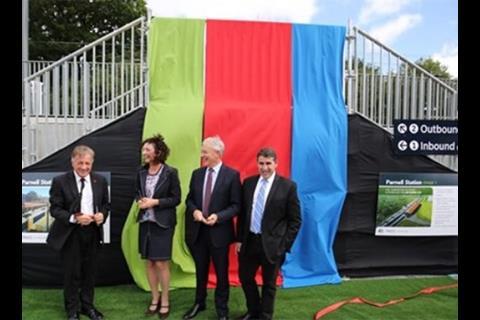 NEW ZEALAND: A new station serving the eastern side of Auckland’s city centre was officially opened on March 13. Located on the site of former railway sidings on the steeply-graded climb from Britomart terminus to the junction at Newmarket, Parnell station is intended to serve the Auckland Domain, the University of Auckland and AUT.

Expected to cost NZ$18·9m, the station is being developed in two phases. The NZ$12m first phase provides a basic station and platforms. These are connected via an existing underpass which links Parnell with the Auckland Domain, while a new footpath is being constructed to improve access to the surrounding area.

The historic building from Newmarket, which had been preserved when that station was remodelled as part of the suburban electrification project, has been relocated to Parnell, and is currently being refurbished by infrastructure manager KiwiRail. AT HOP smart card readers are provided and ticket gates will be installed later this year.

Speaking at the opening ceremony, Auckland Transport Chairman Dr Lester Levy said Parnell would become a vital link for students and local residents. Although only the first phase has been completed, Levy said ‘we took the attitude that it was vital to get even limited services stopping here as soon as possible’.

AT is still seeking funding for the second phase, which would further improve access to the station. It forecasts that the completed station will be used by more than 2 000 passengers during the morning peak period.

With the introduction of a new suburban timetable on March 12, Parnell is served by Southern Line trains, while Western Line trains also call off-peak and at weekends. This provides a 10 min frequency at peak times, 20 min between the peaks and a 15 min service at night and weekends. Onehunga trains will not call, as these are now running as limited-stop services to improve journey times. Optimised deployment of the CAF EMU fleet will allow more trains to be operated as six-car services.

The timetable change also saw the closure of Westfield station on the Southern Line, which AT said was ‘one of the least used stations on the Auckland rail network’, used by less than 330 passengers per day. Noting that significant investment was required to improve accessibility and customer facilities which could not be justified by the low level of usage, and there was an ‘overlap between the Westfield and Otahuhu station walking catchments’, AT had begun consulting on the closure in 2013.