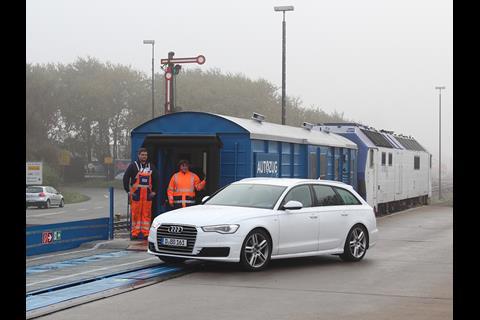 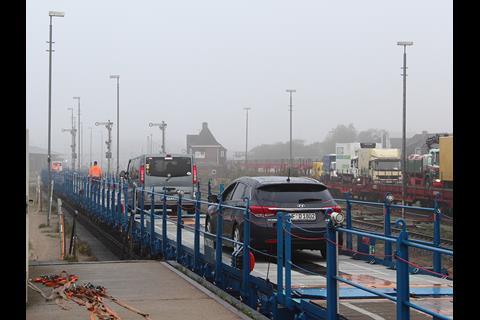 GERMANY: RDC Deutschland launched its Autozug Sylt car-carrying shuttle train service over the Hindenburgdamm causeway between the North Frisian island of Sylt and the mainland on October 18.

Passengers on the maiden journey which left Westerland at 09.40 included RDC founder and owner Henry Posner III, who said he was ‘delighted’ to launch the service for ‘the people of Sylt, their guests and anyone whose business takes them to the island by car’.

In spring 2015 RDC D became the first private operator to secure rights to operate car shuttles on the route, competing with incumbent operator DB. The 10-year track access agreement covers 12 trips per day, although engineering works mean a limited service of two round trips per weekday will operate until the December 11 timetable change when a daily service of seven round trips will begin.

Autozug Sylt will initially operate with a half-length train which can accommodate about 25 passenger cars and small vans up to 2·10 m high. Tickets must be purchased in person directly from the service staff at the terminals.

Explaining the long pause between getting access rights and the start of services, RDC D Managing Director Jens Arne Jensen said ‘fitting the wagons with emergency brake cables, loudspeakers, fire extinguishers and special foldable loading ramps was a complicated process’, and ‘during trial operations, it emerged that further optimisation of the vehicles would make sense. We accomplished all of this calmly and thoroughly, even if it was a real test of patience for everyone involved.’