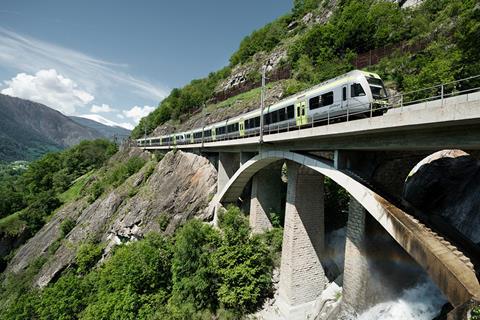 SWITZERLAND: The country’s second largest railway has an overly complex accounting process which needs improvement, according to an investigation of flawed reporting for public funding by BLS which was published by the Federal Audit Office on September 3.

Following the publication of the report, BLS announced that CEO Bernard Guillelmon would be stepping down, and ‘leaving it to his successor to implement the measures already introduced by him and the management team’.

Public subsidies account for 40% of BLS’s turnover of around SFr1·1bn, with the federal government and cantons paying SFr190m/year to reimburse the operator for the costs of providing regional transport services which are not covered by ticket revenue.

On February 28 BLS announced that for several years it had failed to budget for the sale of Half-Fare travelcards in the Libero fare network and thus had received excessive reimbursements.

Federal audit office EFK found that the money had remained within the public transport sector as intended; all takings were correctly listed in the respective annual financial statement; no dividends were paid out and there was no personal financial gain.

BLS also commissioned an independent audit from PwC. The operator said that as part of a cautious approach to management, it has tended to over-estimate expected costs and underestimate expected revenue within a ‘complex’ funding system which features a lag of several years between planning and performance.

PwC found that BLS management had been informed in spring 2017 that the indicated Half-Fare takings were not being budgeted for, and management had accepted this as a form of commercial risk minimisation.

The BLS board issued an annual profit target of SFr25m to SFr30m between 2011 and 2018. It generates the majority of its turnover through regional transport, and board and management had focused on reducing costs. PwC identified ‘conflicting goals with regard to the board of directors’ profit targets and BLS’ business activities’, BLS said.

The EFK report found that the accounting processes were highly complex and opaque.

It said the operating accounting system must ensure that subsidies are determined in a comprehensible and economically correct manner in accordance with subsidy law. There is a disagreement between EFK and BLS regarding the eligibility of expenses under subsidy law, for example for internal group services with profit mark-ups, and EFK said any doubts must be ‘proactively and definitively dispelled’.

BLS said its management team has made it a top priority to establish the facts and clarify the unresolved issues. It had now begun a complete revision of its regional transport bidding process, a redesign of control processes and IT improvements.

CEO Bernard Guillelmon saw the publication of the EFK report ‘as the right time to entrust someone else with the implementation of the measures for improvement that he has helped to introduce’, which would require ‘a CEO with a different profile’.

The board has appointed Dirk Stahl as interim CEO, taking over from Guillelmon at the end of October. He currently manages BLS Cargo, and has been deputy CEO of BLS AG since 2010.