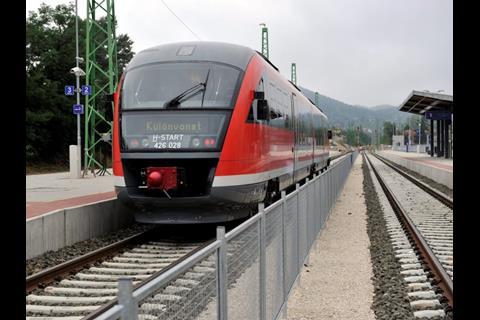 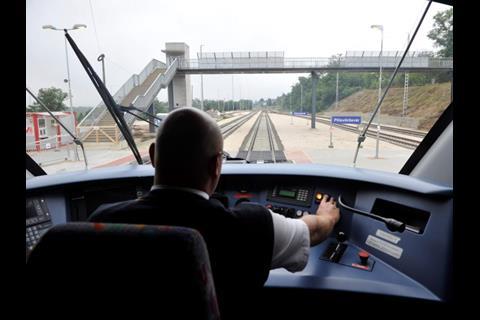 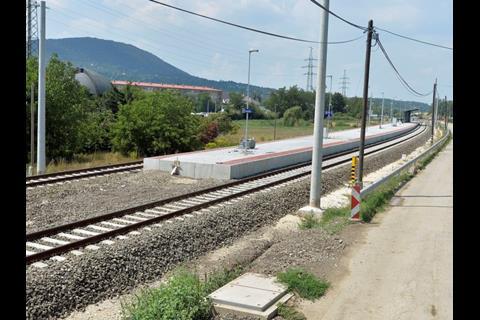 Renovation of the 53 km route lasted more than three years and cost HF44·5bn, of which 85% was funded from EU sources. Electrification is around 18 months behind schedule and is expected to be completed in 2017.

The project included the construction of three new stations at Aranyvölgy, Szélhegy and Vörösvárbánya, and platforms at other stations have been rebuilt to allow level boarding. The Pilisvörösvár – Aquincum section has been doubled, and three new bridges and one underpass built to eliminate level crossings.

Following the rebuild, the journey time between Budapest Nyugati and Esztergom stations has been reduced from 91 min to 86 min.