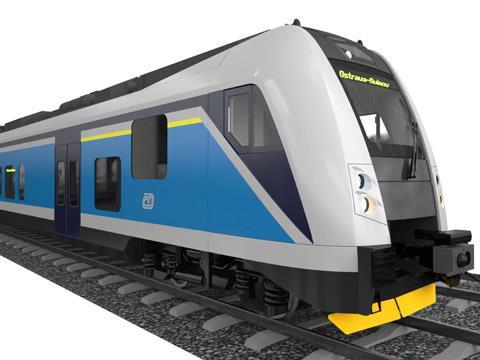 The contracts placed on February 16 cover 15 three-car EMUs costing a total of KC2·1bn and four two-car units costing KC448m. The orders are being co-funded by the EU, and are the last for regional vehicles under CD's 2010-14 rolling stock modernisation strategy.

The low-floor 160 km/h air-conditioned vehicles will have a modern interior offering first and second class seats, vacuum toilets and a passenger information system, along with space for bulky luggage, prams and bicycles.