Chiltern Railways gets powers for Oxford to London project 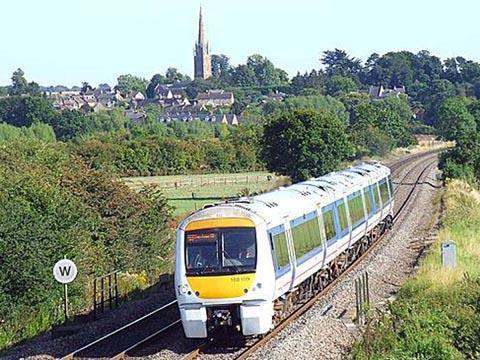 UK: The Secretary of State for Transport has granted legal powers under the Transport & Works Act for the £130m Evergreen 3 project to provide a new route between London and Oxford, Chiltern Railways announced on October 18.

A short chord linking the London - Bicester North - Banbury and Oxford - Bicester Town routes will be built to allow Chiltern Railways to run two trains an hour between London Marylebone and Oxford from 2015. The Oxford - Bicester Town line will be upgraded, with a new Water Eaton Parkway station built to provide interchange with buses, cars and cycling facilities to enable passengers to avoid road congestion in central Oxford.

Bicester Town station will be redeveloped as a 'first-class gateway' to the town and the Bicester Village retail centre.

Chiltern Railways said it would be working in partnership with the East West Rail project, which aims to restore passenger services between Oxford and Bedford and will share the route as far as Bicester.