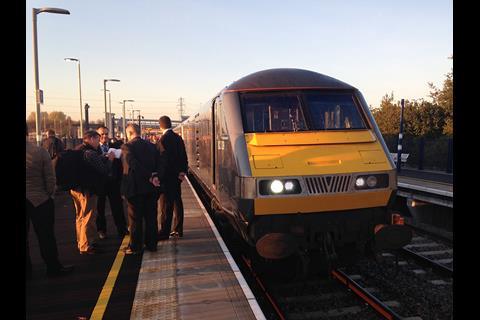 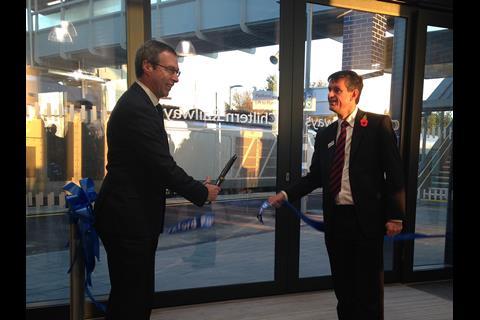 UK: Chiltern Railways launched passenger services between London Marylebone and new stations at Bicester Village and Oxford Parkway on October 26. The trains use a 1 km chord which has been built to connect the Chiltern main line through Bicester with the existing Oxford – Bicester Town branch.

The stations were specified by Chiltern Railways, with Network Rail awarding a joint venture of Carillion and Buckingham Group Contracting the contract to undertake the infrastructure works. This included construction of the chord and stations, doubling 18 km of track between Oxford and Bicester, raising the line speed to 160 km/h, resignalling and eliminating 36 level crossings.

Bicester Village station replaces Bicester Town, and serves a popular retail destination. Oxford Parkway is located on the outskirts of the city and according to Network Rail is designed ‘explicitly to be attractive to motorists’, with 1 500 parking spaces close to the junction of major roads. There will be a bus link between Oxford Parkway and Oxford station until spring 2016, when the completion of infrastructure works will enable Chiltern Railways trains to reach the city.

There are two trains an hour to London, with a journey time from 56 min. This offers Oxford – London commuters an alternative to Great Western Railway services into London Paddington via Reading, and Chiltern Railways say it expects the new service to attract an additional 250 000 return commuter journeys each year.

The operator says it has provided £130m of the £320m cost of the new line and stations, with Network Rail contributing £190m. Network Rail provided the capital for the upgrade, and will recover this through a facility charge over the next 30 years, payable by the current and future franchisees from farebox revenue.

‘Our significant and unique investment will be economically advantageous for the regional economy creating competition in the rail market between Oxford and London, as well as delivering the first new service between a major British city and London for over 100 years’, said Chiltern Railways Managing Director, Rob Brighouse.