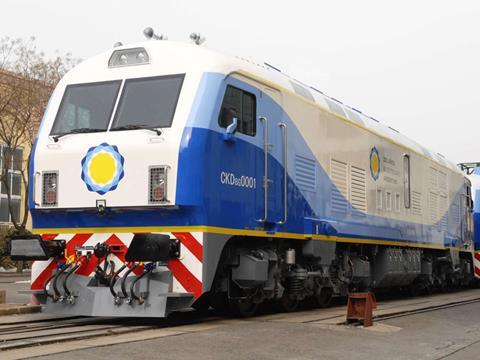 ARGENTINA: Following shipment from the port of Dalian, the first batch of diesel locomotives and coaches that CNR of China is supplying for long-distance services is expected to arrive in Buenos Aires by the end of March.

Under a US$20m contract signed in July 2010, CNR Dalian is supplying the Argentinian government with 20 locomotives, powered by a 2 200 kW diesel engine and being delivered in 120 km/h and 160 km/h variants.

CNR Changchun is building 220 coaches, including 20 sleeping cars, 20 restaurant vehicles and 20 car-carrying wagons. Deliveries are expected to be completed by the end of 2013, with the new fleet to be deployed on services from Buenos Aires to Córdoba, Tucumán, Barioche and Bahía Blanca