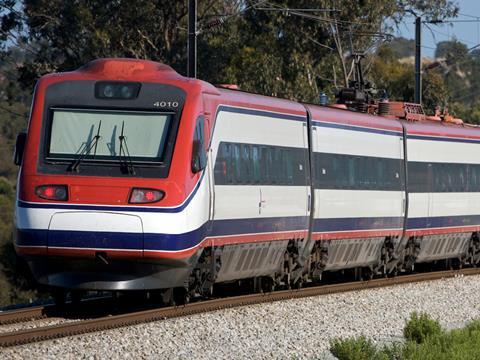 PORTUGAL: National operator CP is to introduce a premium Alfa Pendular tilting train service between Lisboa and Guimarães on May 1, as it adapts its operations to meet growing ridership after several years of stagnation during the country’s recession.

CP’s decision doubles the provision of through trains between Guimarães and the capital to four return trips daily. The trains would also serve Trofa and Santo Tirso; the three municipalities constitute a market of 270 000 inhabitants, according to CP.

CP carried 130·4 million passengers in 2015, an increase of 1·7% on the previous year. Carrying 14 million passengers, CP’s Alfa Pendular and locomotive-hauled inter-city recorded especially strong growth of 2·4%. This has been attributed to CP’s introduction of more yield-managed fares, which offer discounts of between 40% and 65%.