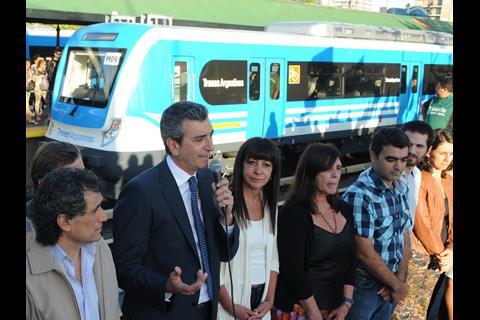 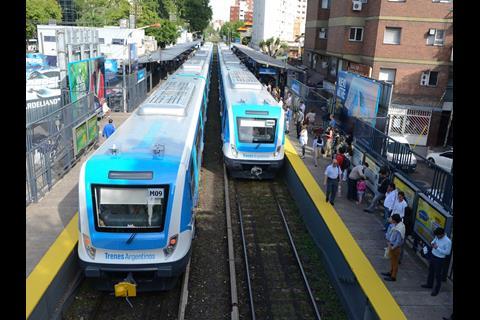 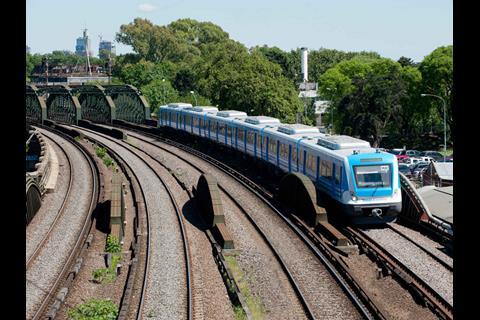 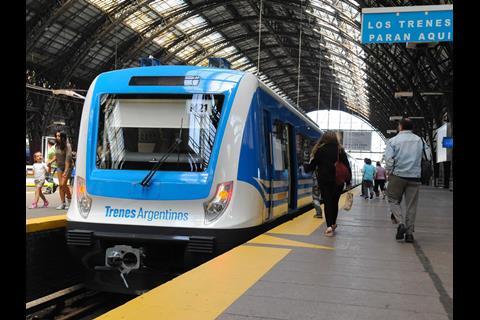 ARGENTINA: On November 25 the first 12 of 30 six-car electric multiple-units supplied by CSR of China for the Mitre commuter network were officially brought into service on the route between Buenos Aires Retiro and Tigre.

Ordered at a cost of US$228∙6m by the federal government, the new fleet will enable the service frequency on the Tigre route to be increased from every 20 min to every 18 min. A further increase in capacity to be completed shortly would see trains operating every 10 min in the peaks.

‘Today we are meeting a commitment’, said President Cristina Fernández, who joined Minister of the Interior & Transport Florencio Randazzo in Tigre by video conference. ‘We are very proud that passengers are once again feeling respect for travelling in Argentina’s trains’.

Services were suspended on November 23 and 24 to enable the new fleet to tested on the Tigre route, running the scheduled service without passengers. According to Randazzo, CSR EMUs are to be introduced on the routes to José León Suárez and Mitre within the next two months.