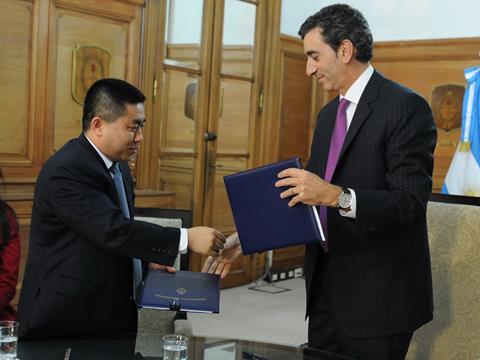 ARGENTINA: Minister of the Interior & Transport Florencio Randazzo announced on May 23 a US$327m order for 300 EMU cars from CSR of China. The air-conditioned vehicles will operate on the Roca commuter network in Buenos Aires, increasing capacity by 50%.

The contract specifies a price of $1⋅09m per car, which according to the minister was below the budget of $1⋅2m per car fixed by the government. With deliveries to take place between July and December 2014, ‘next year the Roca rolling stock fleet will be totally new’, said Randazzo.