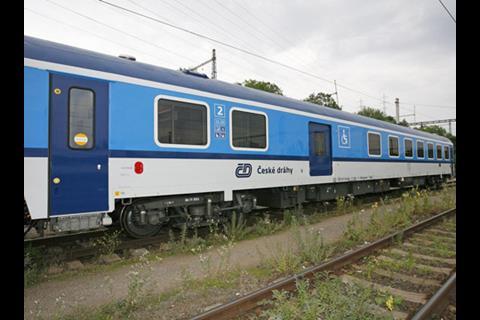 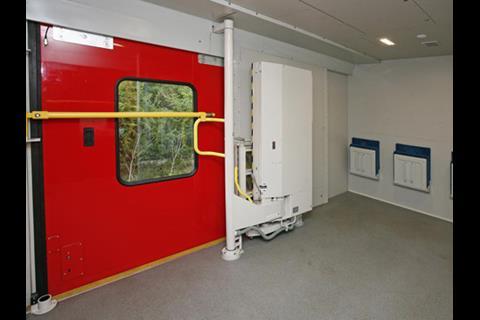 CZECH REPUBLIC: National passenger operator CD has begun testing a coach which has been refurbished by Slovak company ŽOS Trnava and made more accessible to passengers with disabilities.

The air-conditioned coach has four six-seat compartments and a 12-seat open area. The refurbishment included installing a wheelchair lift and an accessible retention toilet.

Other upgrades include 230 V electrical sockets, new tables designed to be suitable for working or for table-top games, and racks for six bicycles.

A total of 64 coaches are to be modernised at cost of KC1·5bn for use on EuroCity routes from Praha to Wien, Bratislava, Budapest, Warszawa and München, as well as domestic inter-city services.

The first is expected to return to traffic later this year, with deliveries running to 2014.