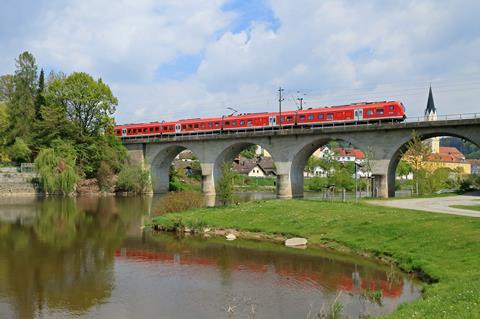 GERMANY: Bayern railway agency BEG has awarded DB Regio the Donau-Isar contract covering the operation of a group of regional passenger services for 12 years from December 2024.

The contract is split into two phases, to enable a restructuring once the second cross-city S-Bahn tunnel through München opens at the end of 2028, and covers a number of services:

A number of service improvements are planned, including earlier, later and more regular trains.

The tender specified the introduction of a new fleet of EMUs. DB Regio is to procure 25 four-car Siemens Moblity Desiro HC trains for the München – Passau and Freising – Landshut services, and six four-car Siemens Mireo EMUs for the airport express. All will feature wi-fi and power sockets.

‘Passengers will in future have an hourly service on all routes from early in the morning to late at night’, said Land transport minister Kerstin Schreyer on October 12. ‘We are making the offer even more attractive and making the decision to travel by train even easier.’