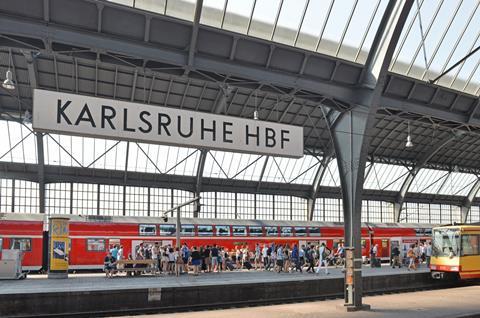 GERMANY: Baden-Württemberg has formally awarded DB Regio the Netz 7b contract to operate passenger services from Karlsruhe after none of the three losing bidders objected.

The contract announced on October 10 runs for 13 years from December 2022.

Various changes to services are planned, some of which are subject to the commissioning of the Rastatt tunnel and the Stuttgart 21 project, now scheduled for December 2025, and four-tracking between Mannheim and Heidelberg. These include:

The services will be operated using new three and five-car Alstom Coradia Continental multiple-units and three-car Siemens Mireo multiple-units. These will be owned by the Land under its ‘Baden-Württemburg’ procurement model. They will have free wi-fi, an accessible toilet and multi-purpose areas for bicycles, pushchairs and wheelchairs.