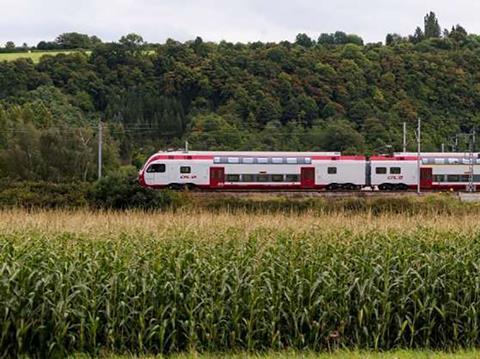 EUROPE: Following a European tender, Rheinland Pfalz transport authority SPNV-Nord has selected DB Regio to operate the German section of a new hourly Wittlich – Trier – Luxembourg service RB83 which is scheduled to be launched in December 2019.

The contract covers the operation of 470 000 train-km/year within Germany. Luxembourg’s national operator CFL will be responsible for the section of the route within the Grand Duchy, and will provide the Stadler Kiss electric multiple-units to be used on the service.

Service RB83 will almost double the number of daily trains between the Trier region and Luxembourg, with all stations between Trier-Ehrang and Wittlich having an hourly service.