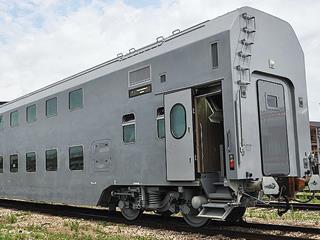 Designed to carry 50 passengers, the coach has a compartment with wheelchair access and secure storage.

In December 2010 Russian Railways awarded Tver Carriage Works a contract to supply a total of 50 double-deck cars. These will be delivered in 2013 and deployed on the Moscow – Adler route during the 2014 Winter Olympics.

The order includes four double-deck dining cars, for which a prototype is nearing completion.