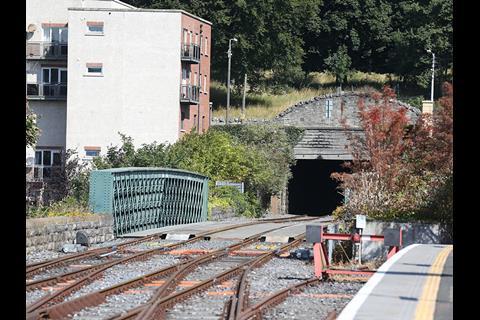 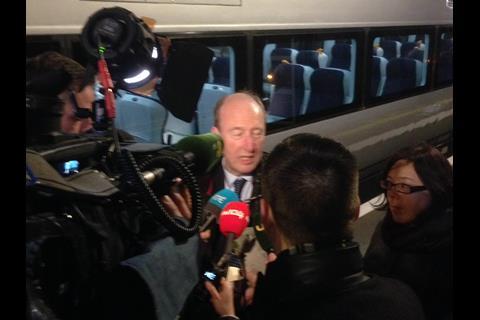 IRELAND: Direct rail services between the southwest suburbs of Dublin and the capital’s central business district began running on November 21, following the completion of a €13·7m project to adapt the orbital link through the 690 m Phoenix Park tunnel for regular passenger services.

Dating from 1877, the 4·4 km link between Islandbridge on the Dublin Heuston – Cork main line and Glasnevin Junction on the Dublin Connolly – Maynooth route had been mainly used for freight services and rolling stock transfers, but occasionally carried diverted inter-city services. According to the National Transport Authority, regular commuter services could not be run until capacity constraints at Connolly were addressed by resignalling. The project funded by the Department of Transport through NTA also included cutting stabilisation, drainage improvements and vegetation clearance, as well as repairs to the tunnel. Some track was relaid, and the stations at Drumcondra and Tara Street upgraded.

Iarnród Éireann is initially operating seven trains from Newbridge and Hazelhatch to Grand Canal Dock via Drumcondra, Connolly, Tara Street and Pearse in the morning peaks, and eight evening peak trains from Grand Canal Dock, along with some limited stop services in the opposite direction. Connections are provided with outer suburban trains to Kildare and Portlaoise. IÉ and NTA are hoping to introduce off-peak and weekend services at a later stage.

Minister for Transport, Tourism & Sport Shane Ross said ‘the Phoenix Part tunnel line is a vital part of our rail infrastructure and I know that it will prove to be of immense benefit to the travelling public, as will other transport projects such as the Luas Cross City line which will open in 2017.’ NTA Chief Executive Anne Graham added that ‘together with city centre re-signalling, the new services ensure we will exploit the full potential of existing rail infrastructure at minimal cost’.