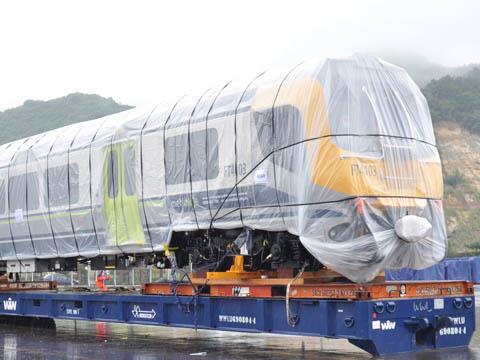 NEW ZEALAND: The first of 48 two-car 1·5 kV DC EMUs which Greater Wellington Regional Council ordered from a consortium of Hyundai Rotem and Mitsui in 2007 at a cost of NZ$235m is due to be delivered from South Korea in early August.

The 1 067 mm gauge trains have been branded 'Matangi', meaning 'wind' in Maori.

After inspection at the purpose-built depot the unit will undergo several months of testing on the Hutt Valley and Kapiti lines before entering traffic on suburban services later this year. The rest of the fleet will then be shipped from October.