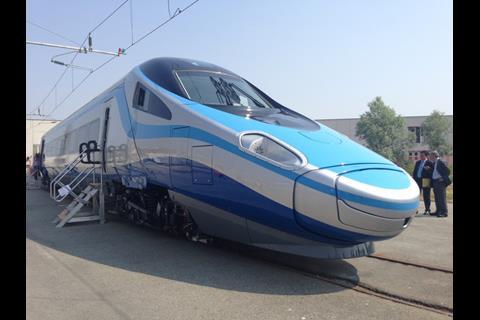 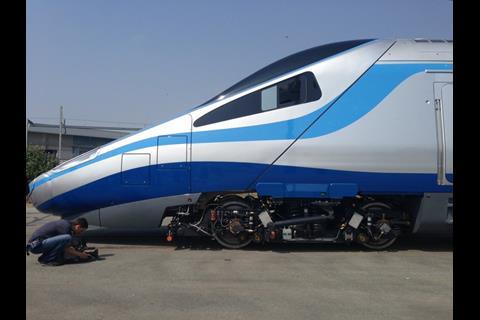 POLAND: The first Pendolino for Poland was presented to PKP Intercity at Alstom’s Savigliano plant on June 17. The Polish and Italian deputy transport ministers attended the event.

The train, branded as EIC Premium, is made up of seven cars and is 187·4 m long. It will feature 402 seats in three classes. The interior was designed by maradDesign and Alstom.

In May 2011 Alstom was awarded a contract for 20 trainsets, the construction of a depot in the Grochów district of Warszawa and 17 years of maintenance.

The trains will be tested in Żmigród near Wrocław before entering commercial service in December 2014. They will initially run between Gdynia, Warszawa, Kraków and Katowice, with future services to Wrocław, Rzeszów and Bielsko-Biała. The maximum speed of 250 km/h means that journey times between Warszawa and Kraków would take 2 h 15 min, around an hour less than currently.