Florida’s Brightline to ‘take the grey out of travel’ 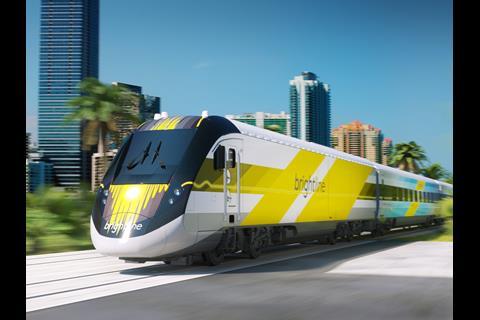 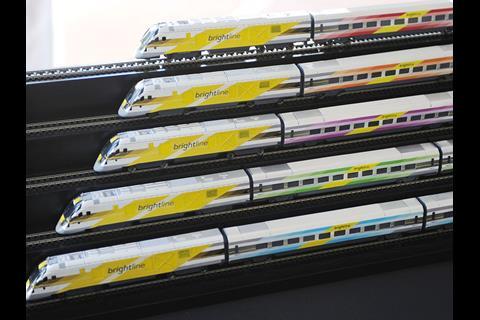 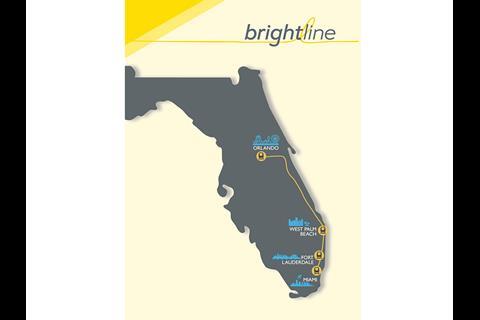 The Brightline brand has been developed in partnership with design practice Rockwell Group, to give a ‘holistic hospitality experience’ encompassing the name, logo and station design as well as the train livery and interiors. Rockwell Group founder David Rockwell said the project provided a ‘rare opportunity to combine deep ethnographic research with our extensive hospitality experience to re-envision train travel’.

‘With the introduction of Brightline, we set out to reinvent what travelling by train can mean in America’ said AAF President Michael Reininger, making it ‘a smarter alternative to more cars on crowded roads’. Brightline would be ‘an intuitive transportation option aligned with the emerging preferences of our customers’, providing access to ‘the primary destinations of Florida's residents and visitors alike.’

Brightline will launch with five four-car trainsets with a capacity of 240 passengers top-and-tailed by Siemens Charger diesel locomotives, and then expand to 10 seven-car sets carrying 356 passengers by June 2018. The trains would have wi-fi, power sockets, bicycle and luggage space and wheelchair access, and be ‘pet friendly’.

The locomotives are to be painted bright yellow, and the coaches bright red, orange, green, blue and pink. ‘Typically, trains have been one colour, either grey or silver, and tend to blend into the background’, said Reininger. ‘As our trains pull into the stations, their colourful entry will be another way that Brightline takes the grey out of travel.’

Work has begun on the stations in Miami, Fort Lauderdale and West Palm Beach which will be within transit-oriented development designed by Skidmore, Owings & Merrill in association with Zyscovich Architects. Orlando will be served by a station at Orlando International Airport’s South Intermodal Center.