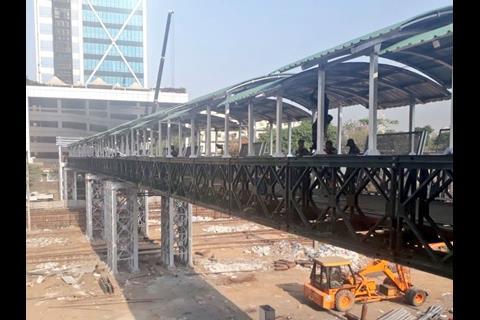 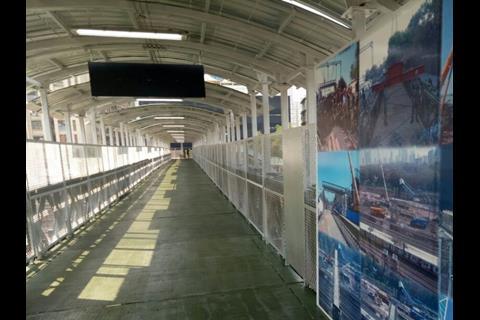 INDIA: Three new footbridges intended to reduce congestion at key stations on the Mumbai suburban network were formally commissioned on February 27, at a ceremony attended by Minister of Railways Piyush Goyal and the Chief Minister of Maharashtra Devendra Fadnavis.

The bridges at Elphinstone Road, Currey Road and Ambivili have been erected ‘as a matter of urgency’ by the Indian Army, using modular components. Their construction followed a stampede at Elphinstone Road during the morning rush hour on September 29, killing 23 people and injuring many more.

Because Elphinstone Road provides interchange with Central Railway services at nearby Parel, the accident inquiry was told that footfall at the Western Railway station had risen to 100 000 passengers/day, far exceeding the capacity of the previous footbridge built in 1972. Declaring station infrastructure as safety-critical, Goyal immediately authorised the enlargement of 13 footbridges at the most crowded stations and the construction of 30 new ones.

More than Rs500bn of funding for station improvements and capacity expansion across the Mumbai suburban network has been included in IR’s 2018-19 budget, which was unveiled by Finance Minister Arun Jaitley on February 1.