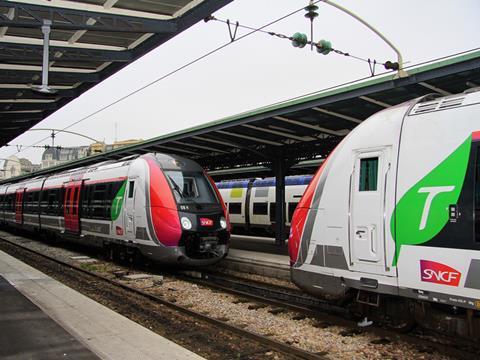 Under a contract for 172 trainsets worth €1·85bn, Bombardier has now delivered 86 EMUs, of which three are in service on the route from Paris Est to Meaux. By the end of 2013 a total of 19 are due to be in service on the routes to Meaux and Coulommiers, which form part of Line P of the Transilien network, offering a 26% increase in capacity on the hauled stock they replace and releasing Z2N double-deck EMUs for redeployment on RER lines C and D.