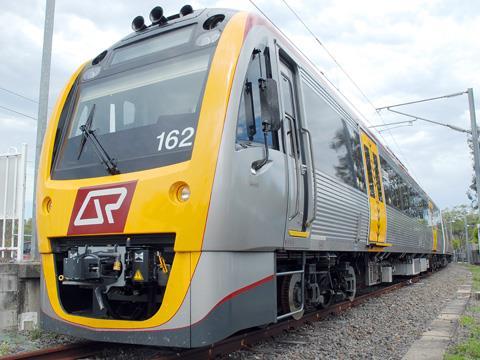 AUSTRALIA: The Queensland government announced on December 16 that it had awarded Golding Contractors a contract for civils works related to double-tracking of part of the Gold Coast – Brisbane line.

Due to begin in March, the A$163m project would double 8·2 km of the 1 067 mm gauge line between Coomera and Helensvale stations in the northern suburbs of Gold Coast. This is intended to improve capacity and reliability ahead of the 2018 Commonwealth Games, which Gold Coast is hosting.

‘The Gold Coast heavy rail line is a key gateway from Brisbane to the Gold Coast region and records around 4·5 million passenger-journeys per year, but is currently at capacity during peak times’, said Queensland Minister for Transport & Commonwealth Games Stirling Hinchliffe. ‘This project will involve duplicating the only remaining section of single track on the Gold Coast rail line, and is crucial to ensuring more frequent train services can be introduced.’

Eight bridges are to be constructed as part of the work, including an 860 m bridge across the Coomera River, Hope Island Road and Saltwater Creek.

Work is expected to be finished in late 2017. A northern extension of the Gold Coast light rail line to Helensvale is also due to open in time for the Games.