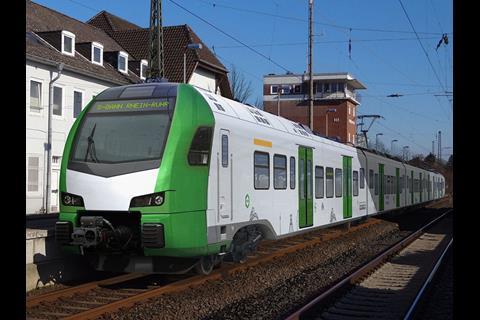 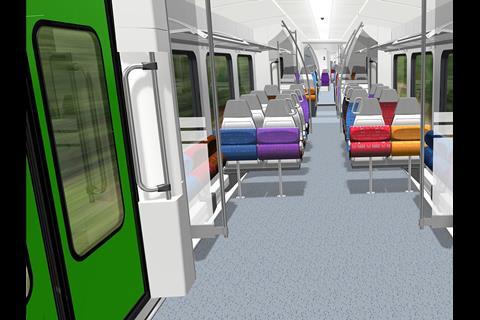 GERMANY: Rhein-Ruhr transport authority VRR named Keolis and Abellio as preferred bidders for two contracts to operate local passenger services on July 7. Formal award of the contracts is subject to a 10-day standstill period, and the new operators are expected to take over from incumbent DB Regio in December 2019.

Keolis was selected for the Lot A contract, which will run for 12 years and covers services S1 Dortmund – Solingen and S4 Lütgendortmund – Unna which total 4·8 million train-km/year.

An existing contract with DB Regio NRW covering services S6 and S11 is to be extended until 2023.

VRR has procured rolling stock for the services under a separate process. Lot A routes are to be operated using 48 existing Alstom/Bombardier Class 422 electric multiple-units which VRR bought last year from DB Regio, which will maintain them until at least 2034.

In March Stadler Pankow beat three other bidders to win a contract to provide new 41 Flirt 3XL EMUs for the Lot B services under a 30-year supply and maintenance contract. Units with 180 seats will be used on S2 and S28, and longer units with 296 seats on S3, S9, RB3, RB40 and RB41. VRR says the Flirt 3XL EMUs will have more comfortable seats than the existing fleet, with most seats in four-seat bays. Facilities will include power sockets, free wi-fi, CCTV, toilets and 1 800 mm wide doors for rapid boarding. Based on passenger feedback, the cycle spaces are to have padded perch seats rather than folding seats.

Services will operate at 15 or 30 min headways, with more frequent services during the peaks, and the heights of platforms are to be standardised at 760 mm to provide level boarding.