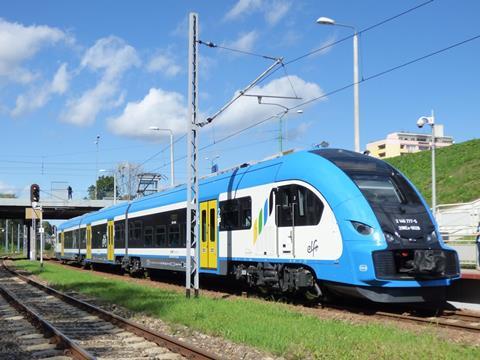 In 2015 the voivodship awarded KŚ a contract running for 10 years from January 1 2016, with the five-year extension to December 2030 being subject to investment in new rolling stock.

In September this year KŚ took delivery of the first of seven Pesa Elf2 electric multiple-units it has ordered, and it is to exercise an option for a further two units, thereby meeting the conditions for the operating contract to be extended.